Nse Ikpe-Etim is one of the most successful Nollywood stars in the last decade but she has been on the grind since she was a teenager.

Just last year, the award-winning actress held an event “Conversations with Nse” where she opened up on being diagnosed with Adenomyosis, a medical condition in which the inner lining of the uterus breaks through the muscle wall of the uterus. She was then advised to get a hysterectomy(remove her womb). She said she chose to speak up because it’d help others and it has also helped in completing her healing. She said her husband held her hand through it all. 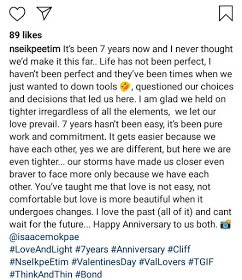